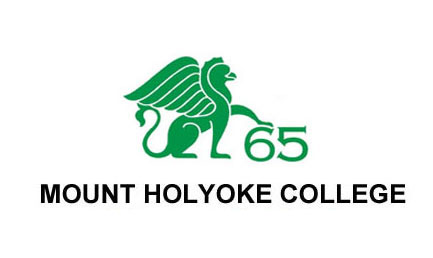 A discussion of our “Class Read”, Women Rowing North by Mary Pipher, launched the Saturday program. Never mind that most of us hadn’t read the book. Its subtitle, “Navigating Life's Currents and Flourishing As We Age”, was enough to trigger lively personal responses in the breakout rooms.  These groupings were small enough for everyone to get a chance to speak, and we did.

Caroline Fuller Sloat and Cathy Russell Hammond spoke about adjusting to the loss of their life’s partners. Augusta Gross and Bonnie Penney Ulrich expressed their deep satisfaction in developing entirely new musical skills.  Marina Fairbank Muldowney and Alice Bushong described dramatic changes to their living styles and places, and Sallie Wright Abbas spoke about her experience in setting up a non-profit foundation.

After an hour-long break – during which the screen was filled with a revolving ring of our senior class photos - we reconvened for a Time of Remembrance with a beautiful prelude and postlude by the Slapin-Soloman Viola Duo. Joanne Griffith Domingue  and Lynn Hastings Wadhams  read out the 66  names of deceased classmates.

On Sunday more than 80 classmates (a different mix than the previous day) met virtually for a 4-6 pm “Happy Hour”. We were randomly sorted into breakout rooms and reshuffled into new ones every 20 minutes. MHC President Sonia Stephens also paid an unexpected visit and took questions.

“People didn’t want to leave,” recalls Margaret (Monnie) Bell, who was monitoring all of the screens.  “Everyone was waving. It was really moving.”

“It was like speed dating” Class Communications Coordinator Dianne Middleton Lee remembers. It worked, judging from emails that Dianne received from classmates who met for the first time in these sessions and are still in touch.

Jacqueline (Jackie) Berkowitz observes, “When something proceeds smoothly, it means that it was well planned. Jackie herself went an extra mile, attending the Class of 64’s 55threunion in May,2019 and coming away with two suggestions that proved key: (1) Women were eager to hear from and about classmates, not other speakers. (2) Baseball caps with the class year in Roman numerals are very cool.

Kudos especially to our outstandingly energetic and inventive  Reunion Chairs Roberta Aber and Dianne Middleton Lee , and to  everyone on their 23- member  Reunion Committee. (See Image which follows). There were regular conference calls over 18 months as well as an on-campus planning session.

Special thanks to Dianne for revving-up pre-Reunion enthusiasm through her energetic pursuit of contributions as well as editing and producing the 55th Reunion book, also to Monnie for phoning every classmate for whom we did not have an email. Thanks too for the parade signs, based on the class survey and prepared by Mary Wendnagel Johnson, Alice Bushong and Cathy Russell Hammond.

The actual switch to virtual mode was orchestrated by Roberta and Dianne and coordinated by MHC junior Hanalei Steinhart and Monnie. Originally two MHC students were retained for the job, but the second was side-lined by her visa status as a foreign student. Luckily, Monnie stepped in to initiate classmates to the mysteries of Zoom, coining the term “Rezoomion” in the process.

The Takeaway: Nothing can replicate the campus experience of hugging and catching up with old friends. But our Rezoomion did have its advantages, attracting some class members who hadn’t been back to campus in 55 years and demonstrating  a viable way of keeping in touch between campus reunions. MHC ’65 now has a Zoom-Pro account of our own. Quarterly virtual mini-reunions are planned, beginning in  February, 2021. Stay tuned. Check your email and this website for details.

Scenes from our fabulous mini MHC reunion of classmates from our 50th reunion planning committee at Rose Hill farm in Oconomowoc, WI, home of Helen and Bert Forster

A beautiful setting for a luncheon and lively conversation.

Class Officers and the Reunion Team